Now reading: SUNNY ESCAPES TO BEAT THE WINTER BLUE
Share
Next
As January’s wintry darkness settles in and visions of mince pies and glittery tinsel fade away, it’s vital to have something to look forward to lest a mean case of the post-holiday blues takes hold. Even if you can’t jet off right away, you can dodge the winter doldrums by booking a future trip to a warm-weather hotspot designed to top up your vitamin D and feel-good vibes. Whether you’re in need of a quick recharge or a far-flung full reset for the next decade, a jaunt in the next few months will deliver off-season sanctuary without the peak-period crowds and provide some much needed motivation to make it through the short days and long nights ahead. Here’s how to outrun the winter blues.

After Hurricane Dorian devastated two of its northern islands, the Bahamian archipelago has been in recovery mode. It may seem counter-intuitive, or even in poor taste, but since much of the nation escaped unscathed, one of the best ways to support the recovery effort is to visit. And with its pearly pink-sand beaches, pastel-tinged colonial aesthetic and ocean-fresh seafood, visiting is hardly a chore. Two of the most popular areas, the capital of Nassau and the neighbouring Paradise Island, were untouched by the storm, which means many of its palatial properties are still open for business. If you’re dreaming of shimmery swimming pools, stylish swimwear and sandy shorelines, look no further than the recently opened Rosewood Baha Mar or, if an unplugged beach retreat is more your style, check out The Other Side, a laid-back tented hideaway on the island of Eleuthera, the sleepy neighbour of Harbour Island. 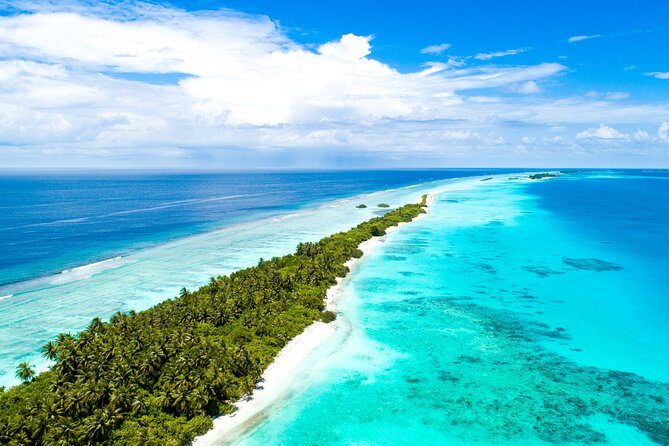 Rising from the jade-green waters of the Coral Triangle, one of the most bio-diverse marine biomes on Earth, the jungle-draped islands of Raja Ampat look more like a highly stylised computer screensaver than something from real life. This paradise is 100 per cent real. The still-as-glass and clear-as-gin equatorial seas make this a great spot for sailing and diving. Tread lightly with a low-impact bespoke catamaran adventure with Meridian Adventure Sail, an ultra-exclusive private explorers’ club designed for discovering the most remote tropical marine landscapes. Drenched in desert sun and Mediterranean moxie, Tel Aviv is topping best-of lists worldwide for its young creative soul that permeates everything from the no-rules fashion and Bauhaus architecture to the booming gastronomy and irreverent nightlife. Bed in at The Jaffa, a former 19th-century French hospital that now serves as a five-star hotel, where Mr Damien Hirst pieces sit alongside expertly restored stained-glass windows under vaulted stone ceilings. Or, because Israel is the size of Wales, pair a city stay with an off-the-grid escape and spend a few nights in the hot, honey-hued sands of the Arava Valley at Six Senses Shaharut, which is due to open early this year.

For gents who have grown weary of well-trodden Tulum, Isla Holbox has all the barefoot, beach-hippy ease without the Instagram hordes, international DJs or air-conditioned Starbucks. Life in Holbox is simple. Transport on unpaved, sugar-sand roads is limited to golf buggies and bicycles, the best restaurants are beach shacks that serve octopus ceviche, and hand-woven hammocks strung between palm trees are designed for late-afternoon naps, not photo ops. For a taste of low-key luxury, spend a few nights – and sink a few mezcal margaritas – at Punta Caliza, a family-run, design-forward boutique hotel dressed in sun-blasted stucco and thatch.

As far as Morocco is concerned, Marrakech gets all the glory, but there are plenty of other caves of wonder to discover outside the Red City. Smaller and quieter, Morocco’s second city of Fez seems purpose-built for those with a keen eye for craftsmanship and a taste for authenticity. In Fez, it’s all just a little less in your face. Take refuge from the north African sun at Riad Fès, a cooling oasis with bay and citrus trees secreted in the middle of the ancient medina, or stay above it all at the hilltop Hotel Sahrai, a serene and contemporary lair with a rooftop bar that’s worth losing hours in.

Five Of The Most Beautiful Beaches In The World

THE BEST BEACHES IN IBIZA